Last night saw the Portsmouth screening of The Firefighters’ Story: 100 years of the Fire Brigades Union commemorating 21 firefighters who lost their lives in the line of duty during WW2 and honouring another Hampshire firefighter, Paris Ali-Pilling reports.

The Firefighters’ Story: 100 years of the Fire Brigades Union explores ten decades of work to improve fire safety in the UK. Using archival footage showing how men and women in the fire service have made an impact on fire safety, screenings of the documentary are taking place all over the UK. Each one aims to be held on a day that has special meaning to firefighters in each location, ‘such as the anniversary of a large incident or the loss of a colleague in the line of duty‘.

In Portsmouth, the screening was held in the Historic Dockyard’s Auditorium and commemorated 21 firefighters who lost their lives defending the Dockyard in the Second World War and another Hampshire firefighter.

Speaking to the audience at the screening, Brigade Chair of Hampshire Fire Brigades Union Mark Chapman said, ‘Those brave souls made the ultimate sacrifice in the line of duty, and unfortunately – not through want of trying – we could not connect their stories with a living relative to share their tale today.’

Instead, Mark and the organisers of the event decided to honour another Hampshire firefighter.

‘At the early stage of promoting this evening I was contacted by a fellow firefighter from another brigade,’ Mark said. ‘He had a relative that served in Hampshire some years ago but sadly they had passed away. They remembered a plaque put up at the station in their memory, but that station had closed many years ago.’

The firefighter who contacted Mark told him the story of his uncle, Trevor Turrell. Trevor was a firefighter based in Woolston fire station who had a passion for mechanics. He passed away in 1983 due to cancer and was paid tribute to at the film screening of The Firefighters Story in Portsmouth.

‘I first met Trevor in 1968 and we became good friends, riding to many fires and incidents, firstly from Brockenhurst and then as members of Blue Watch, Redbridge. Later, when I was appointed as the Station Officer in charge of Woolston, he was a Leading Fireman (historically correct titles) there on Blue Watch. Trevor was [a knowledgable] and professional fire fighter but above all he was a ‘nice guy’, very popular with his colleagues, well respected, and set and maintained high standards. If you asked him to do something, you knew it would be done and to your expectations. He was also a superb motor mechanic. As a qualified panel-beater myself, we would often car tinker during the stand down periods of the time.

‘Shortly before he was struck down with his cancer, he had secured a Merryweather Corridor Pump (a hand pump filled with water, traditionally placed in the corridor of large houses to fight fires) which he planned to restore. Sadly, this was never to be. I sat with him just before he passed and I was forever struck by his bravery in the face of what he knew was going to happen to him. He still found the need to ask what was happening in the ‘Brigade’ and we chatted about recent ‘jobs’. He also spoke about the corridor pump and said sorry for not getting it done. 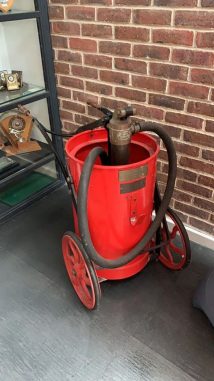 ‘That was the last time I saw him.’

After he died, Trevor’s coffin was placed in the appliance room of the station, with colleagues holding vigil round the clock.

Alan said ‘After, he was placed on the back of a vintage Leyland fire engine and I had the distinct honour of walking in front as we left the station and again as we travelled along the entrance route to the crematorium, and then read out a tribute to him. It was a day with my own personal reflections, saying goodbye to a friend and professional colleague. The impact was felt across all of those with whom he had worked but none more so than his watch colleagues.’

His colleagues decided to renovate the corridor pump in his memory and have it on display in the station. 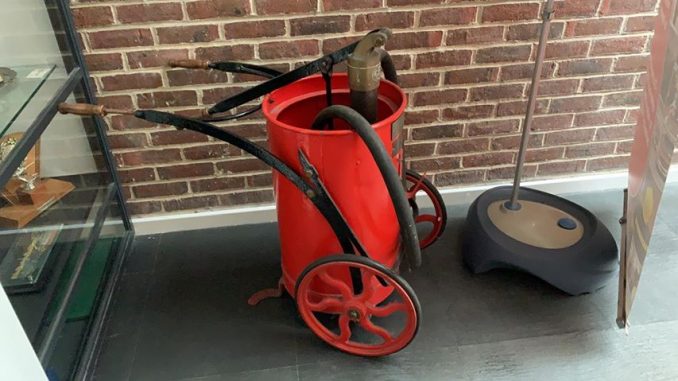 Once Woolston fire station was closed it was moved to its new home at Hightown. 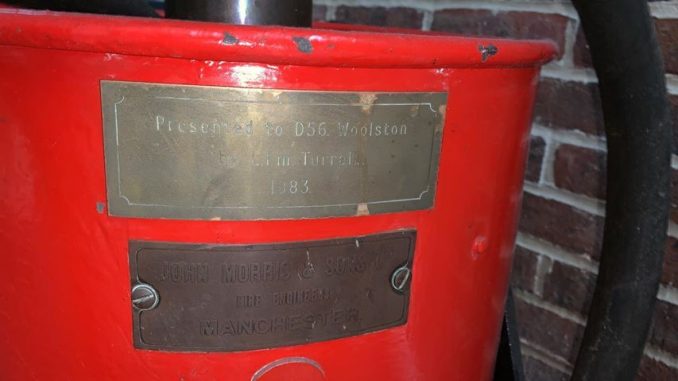 At the film screening, the Pump was presented to Trevor’s sister, Gillian Pickett, and will be placed on display in the Essex Fire Museum. 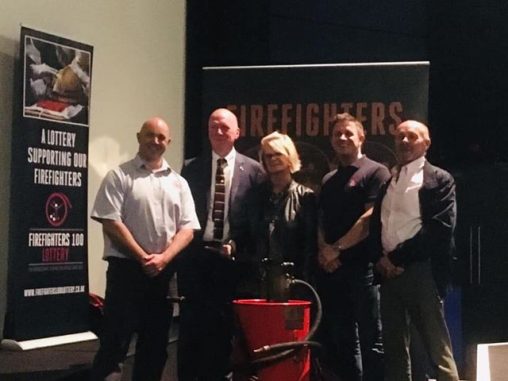 Mark said ‘The Plaque [unveiling] and film is a fitting way of remembering the struggles Firefighters endure to protect the public, sometimes tragically paying the ultimate sacrifice in the line of duty. Our event this evening, we hope, goes some way [to humanising] those people behind the uniform, [and to exposing] the heart of our national fire service and the devotion each and every firefighter commits to their community.’

Image of Merryweather Pump being presented to Gillian Pickett courtesy of Mark Chapman.

Follow the Southsea and Cosham fire stations on Twitter for updates on calls attended and information on fire safety.

A Version of Death

Before she became an addiction recovery worker, Jane Muir was an alcoholic. Here she shares some of her darkest experiences… and that moment of clarity that made her sober up.  When I was drinking I didn’t [… read more ]

Milton Community Centre and Covid-19: ‘Most of Our Customers Are Older People’