S&C Community Reporter Rosy Bremer reviews Ben Aitken’s book A Chip Shop In Poznan: My Unlikely Year In Poland, which explores Ben’s experiences in Poland, from working in a chip shop to trying to keep order in an English language class for young Polish children and spending a happy Christmas dinner with his flatmate’s family.

‘Writing is an attempt to be less dead,’ says Ben Aitken in his entertaining travelogue, A Chip Shop In Poznan: My Unlikely Year In Poland. His writing – as much as his lived experience – succeeds admirably in the attempt.

His account of moving to Poland in 2016 to understand what Polish people leave behind in coming to the UK is everything such a book should be. It has a lighthearted touch to, at times, profound observations. I always like a person, or indeed a book, that doesn’t take itself too seriously; the ability to laugh at oneself both keeps a myriad of maladies at bay and keeps the reader turning the page.

Ben’s ability to laugh at himself shines out of this story. One of my favourite linguistic blunders in the book is when Ben tells a Polish acquaintance, ‘There isn’t much to see in Portsmouth, apart from the big pear’ (meaning an architectural feature, not a fruit).

Unsurprisingly, maybe the most significant relationship of Ben’s time in Poland is formed with Anita, a native of that country. It is not ultimately a happy or a romantic relationship but it does lead to a job in a fish and chip shop, which is what Ben wants ‘in order to gain a truer taste of the cost and standard of living in Poland’.  It is also Anita who almost destroys his purpose in being in a fish and chip shop in Poland, in three sentences: ‘People leave for money. It’s simple. You can go home now’. 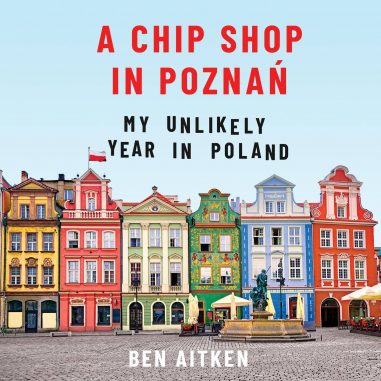 It surely takes a special kind of person and a very good writer to make peeling spuds and removing bones from cod interesting. Ben thinks of Marx, of word association and of Shakespeare when toiling at removing potato skins. He describes, in my favourite pun of the book, how the potato has become his ‘starch-enemy’.

Boning cod, however, is a different kettle of fish. ‘As well as being mentally strong, a decent boner must be dexterous, fastidious, imaginative and quick,’ he writes before adding, ‘Never in my whole life have I been all those things at once and now here I am, being told to be all those things for six hours at a spin’.

But there is far more to the book than fish and chips. Ben has a brief spell in the improbably-named ‘Cream Tea School Of English’, a school for young Poles ‘whose parents want their children to leave the country as soon as possible’. Ben’s bumbling attempts at class control are touchingly comic; ‘I won’t name names’, he says, ‘but Lucas is almost certainly related to the devil. Olivia, on the other hand is devilish one moment and angelic the next … You can put Lucas in the cupboard and be done with it. But you can’t put Olivia in the cupboard and be done with it because she’ll turn into an angel in that cupboard and start to sob and bleat like a gorgeous cherub in the unfair dark.’

There’s a fair bit of drinking in the book, which only once results in Ben being left naked and without a bank card. There’s some missing his Mum ‘because new friends and new experiences, as well as alcohol and cigarettes and all that rot are poor substitutes for a mother’s love’. And there’s a visit back to Boston in Lincolnshire; a skiing trip; a spell in Lodz and a visit to Auschwitz. The visit to Auschwitz, not surprisingly leaves the author unable to speak for a day.

Jollier times come though, when the author is welcomed by his flatmate Jenny at his family’s house at Christmas. There is an endearing custom in Poland of setting an extra place at the table in case a stranger turns up. This is maybe the message of the book; that the world would be a happier, healthier and better place if we all thought to lay a place for a hypothetical stranger. It’s an easy message to take, wrapped as it is, in many a witty turn of phrase.

Although things have moved on a bit since 2016 and the Polish ambassador is now urging Poles to leave the UK, it is still well worth reading this book as the writing is very good; so good in fact that I learnt a new word. I never knew Portsmouth could produce not only such big pears (sic) but also such good writers.

Ben’s book is available from:

Alternatively, support your high street and buy from your local independent bookshop.
Find the nearest independent to you. 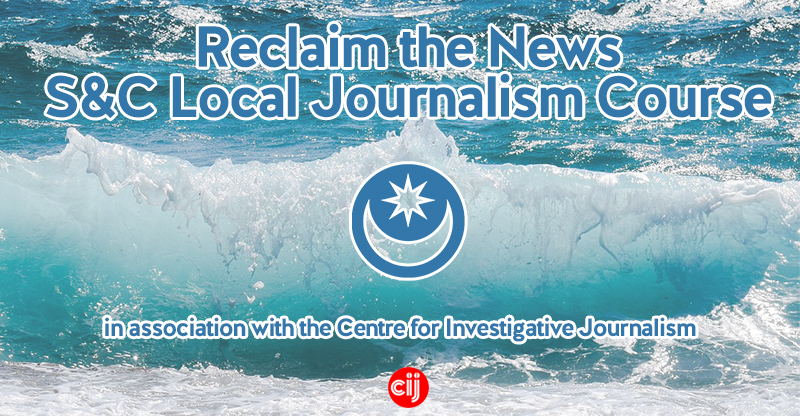 By Jonathan Crout Emoji the clown had been part of the circus all of his life. He had taken over as head of this particular pratfall from his own father, who had also enjoyed a [… read more ]

I Don’t Go Outside

Recent graduate Daniel Malice presents a brief justification for staying indoors with one’s own company. It’s the end of September and I should be starting university again. Shouldn’t I? No, I don’t want to do [… read more ]