Loree Westron (LW): I’ve known you for a number of years, Helen, but there’s an awful lot I don’t know. Did you grow up in the Portsmouth area?

Helen Salsbury HS): No. I’m a northerner who came south originally for work and then built a second family here: husband, in-laws, friends, writing community. I’ve been very fortunate. I was born and grew up in Yorkshire and many of the places in Sometimes When I Sleep were familiar to me as a child. It was a pleasure to revisit them while researching the novel.

LW: How long have you been writing?

HS: I can’t remember a time when I wasn’t creating stories.

LW: What was the initial inspiration behind Sometimes When I Sleep?

HS: To be honest, an unhappy childhood and the struggle to break free of that. I wanted to write something for people like me who hadn’t fitted in during those early, formative years. Then, when I was at university, the mix of cultures and backgrounds, and the freedom and confusion of it all, struck me forcibly. Certainly, for someone like me, it was a place that would inevitably lead to personal change and growth. The intensity of the friendships and influences, the new ideas and new ways to express yourself were a heady mix. However, it wasn’t until much later, after I’d completed a psychodynamic counselling course and spent years volunteering as a counsellor, that all these influences came together. In many ways the novel is modelled on the therapeutic relationship, which is one of facing the darker areas in your psyche and bringing them to the light in order to start to heal.

LW: I’m interested in your use of landscape. The Cumbrian setting, at least the way you describe it, adds another dimension to the book. What is it about that particular landscape that you find so evocative? 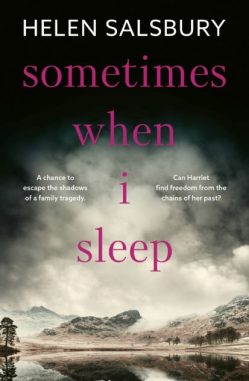 HS: It’s not just the Cumbrian landscape, in many ways it’s my northern roots. I’m drawn to dramatic, often moody landscapes where you can get away from buildings, where you can get up high, where you can find natural running water, where it’s just you and the elements. When I was looking for a suitable place to set my novel Cumbria was one of several places in England, Wales and Scotland that I considered. Ultimately, the existence of the Eden Valley was what swung it. I wanted that contrast between the remote exposed landscapes and the gentler setting of the river valley which cradled the university and students, and from which Harriet and Iquis could set out on their wildest adventures.

LW: Can you describe something of your process when writing about landscape? For instance, do you spend time in that location and try to capture it en plein air or do you work from memory?

HS: I spent three weeks in Cumbria walking and absorbing, spending time both in the Lake District and the Eden Valley, where I followed the path of the Eden river and visited the imaginary location of the campus itself and its nearby wood. Inevitably there’s some pouring over Ordnance Survey maps as well, to identify real and fictional settings and to work out what lies around them which can be used. There’s a huge pleasure in using real life settings to stimulate the imaginative world. It adds the unexpected to the scenes, creating something more authentic and alive than the original plot notes may have envisioned.

LW: In another interview, you spoke about some of the research you did for your novel. What is it that particularly fascinates you about the Goth subculture?

HS: I’d been doing a lot of reading into Victorian gothic literature, which was a huge influence on the novel. I loved the use of symbolism and metaphor to explore psychological disturbance, and certain books like The Yellow Wallpaper were formative influences on the novel’s tone. It was a natural step from this to the Goth subculture, which also draws on the Victorian gothic. I loved the flamboyance of it, the celebration of otherness, the turning of ‘not fitting’ into a statement and a rebellion. And the music was pretty great too.

LW: Are you a wannabe Goth?

HS: In a parallel world, if I’d met the right people when I was younger, I think the Goth subculture would have suited me. As it is, I certainly enjoyed the research I did when writing this novel and am grateful to certain friends for helping me to explore and understand their world. As always, with research, I try to live the experience as fully as possible so that I can understand how my characters would feel. So thanks A & J, for lending me clothes, makeup and music, for introducing me to Goth nightclubs, and for helping me to hear so many unique voices and stories.

LW: What were some of the surprising things you discovered while writing the book?

HS: That I can write a lot darker than I realised. Every now and then I’d be working on a scene and finally come reeling down to see my husband saying, ‘It’s got darker!’ Sometimes I perturbed myself. It wasn’t that I’d particularly intended to write an eerie, gothic mystery, more that the story wanted to develop in a certain way and I had to take it in that direction. In many ways my first novel is an oddity, very different from my forthcoming novel, The Worry Bottles, and the majority of my short stories; although ‘Imprints in the Air’ which I wrote for Dark City, is perhaps the exception.

LW: Iquis is a fantastic character. She has this spiky exterior that keeps the other characters in the book at a distance, but we sense that she has been damaged in some way and that makes us want to get to know her. What was it that attracted you to her? Did you enjoy creating her?

HS: Yes. In some ways it was easier to write Iquis than Harriet. However, I was always on a knife edge with her; I had to understand her actions and it was vital that everything she did had an underlying reason with just enough hints for the reader to pick this up. Although she doesn’t have a first-person narrative within the novel, I often wrote scenes from her viewpoint first, so that I could get a strong sense of her internal world.

LW: There’s a lot of sexual tension between the two main characters, but it’s never brought to fruition. Is that tension something you were conscious of while writing, and if so, why did you shy away from taking it further?

HS: Would I call it sexual energy? I’m not sure that I entirely would. I think it’s more that they sense that the other has the answers to their problems, but that they don’t know how to take that further. They are struggling with their inner demons, and as a result typical adolescence has been blocked; they aren’t ready to form a sexual relationship, even though those impulses underlie some of their actions. One of the tag lines considered for the novel was: ‘Are Harriet and Iquis soul mates or mirror images, trying to reach through the glass?’  I think this is what creates the tension between the two of them.

LW: Is this the first time you’ve been involved with presenting a BookFest event?

HS: I taught a Yoga for Writers workshop some years ago, which was rather lovely, and wonderfully well supported by Clare Forsyth and the rest of the BookFest team.

LW: What are you hoping to take away from the two panel discussions you’re involved with? 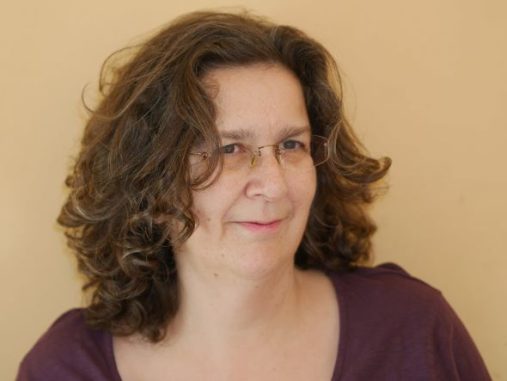 HS: There’s nothing quite like talking writing with other writers, and both Vin Adams and Alison Habens who are moderating the two panel events are fabulous interviewers. I think these events are going to be vibrant, exciting, fun and fascinating. I hope that everyone, us and the audience, will come away with an even deeper understanding of what we do and why we do it.

LW: What are you working on now?

HS: I’m re-editing my second novel, The Worry Bottles, to develop certain strands of the storyline further. As usual my approach to novel writing seems to involve a good number of drafts! This one is my eighth draft and hopefully the last major edit prior to publication.

Helen and Loree will be taking part in two panel discussions, together, during BookFest. On Wednesday, 23rd February they will be joined by Christine Lawrence for A Funny Thing Happened While Researching my Novel, and on Sunday, 13th March Gabrielle Kimm and Alison Habens will join them for Literary Fiction –  ‘An Intensity of Language’.

Sometimes When I Sleep is available locally from Pigeon Books, One Tree Books and online from Troubador and other online booksellers.

Read more about Sometimes When I Sleep and find out what readers are saying.

Book ‘A Funny Thing Happened While Researching my Novel’ and/or ‘Literary Fiction –  “An Intensity of Language”‘ here.

Writers’ HQ launched their new writers’ retreat in Portsmouth at the end of July, and S&C’s Emily Priest went along with her developing novel to put it to the test.  Writer’s HQ (WHQ) are the new kids on [… read more ]

Wonder Woman: From Fetishism to Feminism in a Single Bound

S&C regular Matt Wingett explores the real-life origin story of one of DC Comic’s most recently reinvented superheroes and finds a surprising – and liberating – history. So far this summer I’ve been to see Wonder [… read more ]

Christine Lawrence interviews Loree Westron about her novella Missing Words, set in Portsmouth and on the Isle of Wight. Christine Lawrence (CL): When did you come up with the idea of writing about this era [… read more ]