Ahead of the general election, Paris Ali-Pilling and Sarah Cheverton take a critical look at MP for Portsmouth North, Penny Mordaunt’s voting record across a range of issues since her election in 2010, using the full voting records held by TheyWorkForYou.com. You can find Part II of this article here, examining Penny Mordaunt MP’s voting record on taxation, education, local government, home affairs and the environment.

Voted consistently for equal gay rights and throughout 2014-2019 voted for same sex marriage in the UK and Northern Ireland. The Same Sex Couples Act (2013) allowing gay couples to marry was passed in 2014 in the UK, and for Northern Ireland in October 2019. 139 Conservative MPs voted against the Act, with just 132 supporting the measure, and 75 abstentions.

In July 2018, as the former minister for Women and Equalities, Penny Mordaunt launched a public consultation into ‘how best government might make the existing process under the Gender Recognition Act a better service for those trans and non-binary people who wish to use it.’ The government made clear that the consultation was to focus ‘on the Gender Recognition Act 2004’ (GRA) and was ‘not proposing any amendments to the Equality Act 2010,’ and that ‘we are not putting forward any specific proposals for how we want the system to change. Only after we have gathered all the evidence will we set out what we think the new gender recognition process should look like.’

The consultation on the GRA closed on 22nd October 2018 but has still not been published. Speaking at a Pink News awards ceremony on 16th October 2019, Mordaunt told the audience ‘I have the advantage over you, in that I have seen the results of the GRA consultation’, and advocated for more cross-party work on LGBT rights, but gave no indication of when the government might publish the results.

In October 2018, the Guardian summarised: ‘The consultation has stirred up questions that go beyond the proposed change in the law. The UK may be moving towards a situation where the default is single-gender spaces rather than single-sex spaces, with organisations such as the Girl Guides amending their practices. The implications of this shift should not be underestimated. The public needs to be better informed, and safeguarding considered.’

Voted in favour of legalising abortion in certain circumstances in Northern Ireland in 2019. In July 2019, Mordaunt went beyond the line of then leadership candidates Boris Johnson and Jeremy Hunt (both of whom felt the issue should be one for the devolved authorities of Northern Ireland), telling Radio 4, ‘I think this needs to be resolved. I think the paucity of care that women have endured in Northern Ireland is the most appalling thing. It must change, that is my view.’ Mordaunt supported Jeremy Hunt in the leadership race. 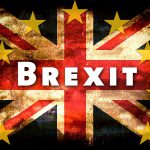 In October 2019, The Guardian reported that ‘Home Office figures show a million of the estimated 3 million EU citizens in the UK have yet to apply for settled status, which will allow them to stay in the UK’; and that Security Minister Brandon Lewis had threatened EU citizens with deportation who failed to apply for settlement status by 2020.  After the deadline, those who have failed to apply will gradually be transformed from legal residents into undocumented migrants. In the hostile environment – the obstructive and unwelcoming bureaucratic culture promoted by Theresa May when she was home secretary – they will be unable to work, rent somewhere to live, access free healthcare, drive, open a bank account, get a mobile phone contract or travel without being asked to prove their status’.

In 2018, voted against retaining the EU ‘Charter of Fundamental Rights’ if the UK were to leave the EU. As a result of this vote, if, and when, the UK leaves the EU, the Charter would cease to apply under UK law. Although the UK would retain the European Convention on Human Rights, the Charter contains additional protections not included in the Convention, including: the right to fair working conditions; protections against certain unjustified dismissal and discrimination issues; minimum paid holiday; regulations on working hours; regulations on equal pay.

Barrister Jonathan Cooper OBE commented that ‘with the loss of the Charter goes rights that don’t exist in the Human Rights Act or common law. Gone is the enforceable right to human dignity. We also say farewell to express rights to data protection, comprehensive protection for the rights of the child, refugee rights, the right to conscientious objection, academic freedom and wide-ranging fair trial rights to name but a few.’ 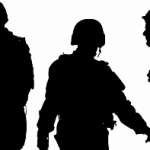 Consistently voted for use of UK military forces in combat operations overseas, including in Iraq, Afghanistan and Syria.

Consistently voted against strengthening the Military Covenant (also known as Armed Forces Covenant), which aims to ensure ‘members of the armed forces community have the same access to government and commercial services and products as any other citizen and are not disadvantaged by their military service. Some of these areas include health, housing, education, financial assistance and family well-being’. It is not a legal document, but obliges the Defence Secretary to make annual reports on the government’s progress in honouring its aims. Enshrining the Covenant in law ‘would allow British service personnel to sue the state for breaches of it.’

In May 2018, more than 14,000 people signed a petition requesting the Covenant be enshrined in law because ‘service personnel are being let down by our Government with their failure to live up to the Military Covenant’. The petition cited concerns over the number of homeless veterans. The i reported in 2018 that: ‘More than 60,000 armed forces veterans in the UK have broken the law, are homeless or are suffering mental health problems.’ 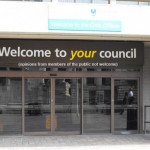 Almost always voted for reducing housing benefit for social tenants deemed to have excess bedrooms, also known as the ‘Bedroom Tax’ and defined by housing and homelessness charity Shelter as ‘a cut in housing benefit or the universal credit housing element if you’re: working age, classed as having a spare bedroom and a council or housing association tenant.’

In November 2019, the supreme court ‘ruled against the UK government’s attempts to force the bedroom tax on 155 partners of people with severe disabilities’. Solicitor Lucy Cadd, one of the team representing the case commented that the decision also ‘paves the way for decision-makers to avoid human rights breaches in other areas.’

Consistently voted against paying higher benefits over longer periods for those unable to work due to illness or disability. In 2018 Disability Rights UK reported: ‘Figures obtained by Frank Field MP show that the amount spent on disabled people’s benefits has shrunk by £5 billion following a decade of austerity and cuts.’

In November 2019, the Disability News Service reported that ‘figures – published by the Department for Work and Pensions in March (see summary results, table 7b)…show that the number of individuals in families that include a disabled person and were in absolute poverty (after housing costs) rose by 700,000, from 4.3 million to five million people’ in 2017-18. In November 2019, the BBC reported that half of all people who appealed in court against a decision to deny them disability benefits between 2013 and 2018 were successful.

Almost always voted for a reduction in spending on welfare benefits. The BBC reported in November 2019 that: ‘Rather than increasing each year in line with inflation – to reflect the rising cost of living – most working-age benefits and tax credits have been kept at the same value for more than four years, having last risen in April 2015. Groups such as the Joseph Rowntree Foundation have argued that this has been among the biggest factors in exacerbating poverty levels among working families with children.’

You can view Penny Mordaunt’s voting record for yourself on TheyWorkForYou.

Find out more about the voting information provided by TheyWorkForYou, including the list of individual votes taken into account when determining how to describe an MP’s stance on a matter, and the full text of the debates leading up to those votes.

Image by HM Government, via Wikimedia Commons, reproduced under an Open Government Licence.

Guide Dogs for the Blind UK are running a webinar on 8th September teaching participants how to make documents accessible for people with sight loss. Sarah Cheverton reports. Are you an employer, community leader or [… read more ]

Continuing our new series of stories from our Young People’s Voices project – funded by Victorious Festival and supported by the University of Portsmouth – student at Havant and South Downs College, Joshua Moynihan voices [… read more ]

A Journey Home: From Krakow to Portsmouth and Back

Portsmouth-based novelist Christine Lawrence tells a poignant tale of family, immigration and reconnection with the past. The plane banked, ready to descend from the sky. The bright sunlight beaming through the tiny cabin windows dimmed as [… read more ]