Ahead of the general election, Paris Ali-Pilling and Sarah Cheverton take a critical look at MP for Portsmouth North, Penny Mordaunt’s voting record across a range of issues since her election in 2010, using the full voting records held by TheyWorkForYou.com. You can find Part I of this article here, exploring human rights, Brexit, the armed forces, and benefits. 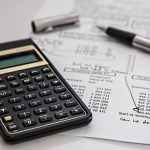 Consistently voted to increase the thresholds at which people start to pay income tax; and almost always voted against increasing the tax rate applied to income over £150,000. The Institute for Public and Policy Research reported in September 2019 that the government ‘could gain £90bn in extra revenue over five years if it taxed income from wealth in the same way it taxes income from work’, highlighting the reduced tax rate on gains from owning shares, property, fine art and wine. The Institute reported ‘two people who earn the same can end up paying vastly different amounts of tax depending on the source of their earnings, said the IPPR.

Between 2010 and 2016, almost always voted to reduce corporation tax. The Guardian reported in November 2019 that Boris Johnson withdrew his pledge to cut corporation tax from 19% to 17%, plans to shelve this plan if re-elected, pledging instead to invest in public services. 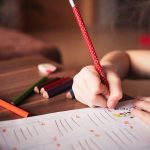 From 2010 to 2017, consistently voted in favour of university tuition fees, including raising the cap on tuition fees to £9000. In June 2019, a parliamentary research briefing reported ‘Currently more than £16 billion is loaned to around one million students in England each year. The value of outstanding loans at the end of March 2019 reached £121 billion. The Government forecasts the value of outstanding loans to be around £450 billion (2018‑19 prices) by the middle of this century. The average debt among the cohort of borrowers who finished their courses in 2018 was £36,000. The Government expects that 30% of current full-time undergraduates who take out loans will repay them in full.’

However, in Feb 2018, FullFact reported the Institute for Fiscal Studies estimated only 17% of graduates are forecast to repay their loans, with the remaining 83% having their debts written off.

Almost always voted for Academy schools and in 2016 voted for turning all schools into Academy schools, which are run by trusts outside of local authority control and can be funded by sponsorship from the private sector. In June 2018, the Guardian reported that ‘several studies in the past few years…have invariably reached similar conclusions: there doesn’t appear to be an inherent benefit to a school being run by an academy chain instead of a local authority.’ Since 2016, the government has required all schools rated “inadequate” to become academies.

A study from the Institute for Fiscal Studies found per-pupil school funding in England fell by 8% in real terms between 2009-10 and 2018-19. This decrease in school budgets is a calculation that takes into account rising costs and inflation – and also an increase in the number of pupils. In England, school spending per pupil has fallen from £6,537 in 2009 to £5,994 in the 2018 financial year, while pupil numbers in primary schools have increased by 17%. Average class sizes in secondary schools have risen from 20 to 22 pupils. 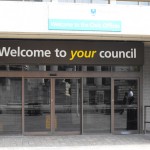 Consistently voted to lower the level of central government funding to local government throughout 2010-2019; in 2018 voting for the central government grant to local government to be 28% lower than the previous year. A report from the Public Accounts Committee in February 2019 reported local authorities in England have had core funding from central government slashed by nearly 50% since 2010/11. The report also stated these cuts ‘have coincided with increasing demand for services such as housing – the number of homeless people in the UK has risen by one-third in the past eight years – adding that increased demand for social care means councils have had to cut spending in other areas. Spending on services outside of social care has fallen by 32.6% between 2010/11 and 2016/17’, reports Public Finance.

In May 2019, Cllr Richard Watts, chairman of the Local Government Association’s Resources Board told Sky News: “With councils in England facing an overall funding gap of £8 billion by 2025…unsustainable funding cuts and demand pressures are pushing local services to the brink. Pressures continue to grow in children’s services, adult social care, and efforts to tackle homelessness. This is leaving increasingly less money for councils to fund other vital services, such as the maintenance of parks, certain bus services, cultural activities and council tax support for those in financial difficulty to try and plug growing funding gaps.’ 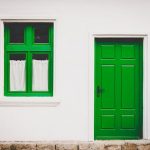 Consistently voted for a stricter asylum system, including voting against giving asylum seekers permission to work if a decision on their application takes over six months; and to restrict the support available to failed asylum seekers and illegal migrants.

According to the UN refugee agency, ‘The majority of asylum-seekers do not have the right to work in the United Kingdom and so must rely on state support. Housing is provided, but asylum-seekers cannot choose where it is, and it is often ‘hard to let’ properties which Council tenants do not want to live in. Cash support is available, and is currently set at £37.75 per person, per week, which makes it £5.39 a day for food, sanitation and clothing.’

The UK is the only European country with no time limit on immigration detention. Torture survivors are among those held, while about 1% of all detainees are inside for more than a year. In 2017, Amnesty International called on the government to end indefinite detention, ‘highlighting the long-term damage caused by the practice.’

In June 2019, the Independent  reported that ‘Britain currently has more cameras per person than any country in the world aside from China…Unlike DNA and fingerprints, there aren’t any specific laws that facial recognition breaches or that regulate how the police use the data gathered.’ The director of non-profit civil liberties group Big Brother Watch wrote in Time magazine in May 2019: ‘The U.K. is certainly adopting surveillance technologies in a style more typical of China than of the West. Police in England and Wales have used facial recognition to surveil peaceful protests and people with mental health problems. No other police force in Europe is using live facial recognition for public surveillance.’ 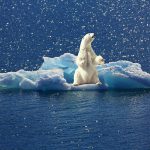 Between 2012-2019, generally voted against measures to prevent climate change. In July 2019, the Committee on Climate Change – an independent, statutory body established under the Climate Change Act 2008 – reported:

‘UK action to curb greenhouse gas emissions is lagging far behind what is needed, even to meet previous, less stringent, emissions targets. Over the past year, the Government has delivered just 1 of 25 critical policies needed to get emissions reductions back on track.

‘Meanwhile, action to prepare our homes, businesses and natural environment for a warming world is less ambitious than it was ten years ago. Of 33 key sectors assessed by the Committee, none show good progress when it comes to managing climate change risk.’

In November 2019, a coalition of civil society groups wrote to all political parties stating that the next government must ‘bring forward the target for reaching net-zero carbon emissions by five years to 2045, phase out diesel and petrol cars by 2030 instead of 2040, and start devoting at least 5% of all government spending to the climate and the restoration of the UK’s natural environment’.

You can view Penny Mordaunt’s voting record for yourself on TheyWorkForYou.

Find out more about the voting information provided by TheyWorkForYou, including the list of individual votes taken into account when determining how to describe an MP’s stance on a matter, and the full text of the debates leading up to those votes.

Image by HM Government, via Wikimedia Commons, reproduced under an Open Government Licence.

Every week, Express FM runs a live show dedicated to news about the Coronavirus in Portsmouth, as Robbie James interviews a range of local people, including politicians, experts, residents and businesses. On 10th June, Robbie [… read more ]

Are We Losing Our Community Spirit? The Struggle to Keep Southsea Greenhouse Alive

Sue Stokes, founder of Southsea Greenhouse Community Co-operative, explores the social revolution at the heart of community groups and the challenges involved in keeping the dream of a caring, sharing Portsmouth alive. When I left [… read more ]

Stephen Morgan, Labour MP for Portsmouth South, gives his answers to the five questions recently submitted by S&C readers to all local candidates in the 2019 election. We recently asked S&C readers and social media [… read more ]