Tom Benjamin talks about Quarantine Zine, a world wide collaborative magazine created to bring creatives together so that they can express their feelings and frustrations during quarantine.

During this unusual time photography has been a welcome distraction, even though in a limited capacity. Conversation with other photographers has been another, largely through the #believeinfilm community. This is where I found out about Quarantine.

As Lockdown and Coronavirus took hold of the world an idea was floated. A zine featuring images from around the world submitted by photographers in the film community. Once designed the zine would be printed using the original technique of photocopying the pages in black and white. It would become a document to the unique time we were in with each image providing a different perspective.

The idea was launched and submissions around the theme of quarantine were called for. I wanted to contribute something that showed isolation and the state of how things were. Shops were largely closed and high streets became empty and desolate, more so than usual, and that’s what I looked for in my image (see featured image).

It was quickly decided that other issues would be planned, each with a new theme that would highlight different areas of the pandemic. The organiser was based in Hong Kong and it took a few weeks for this issue to arrive, I actually got it after the second. This was something that changed for subsequent issues due to Hong Kong’s postal restrictions.

Saving Graces. During Lockdown face to face conversation quickly became a thing of the past. I am not usually a person to be on the phone but I found myself calling family regularly and even talking to friends that I wouldn’t normally call. To keep those connections I was missing my phone became my saving grace. 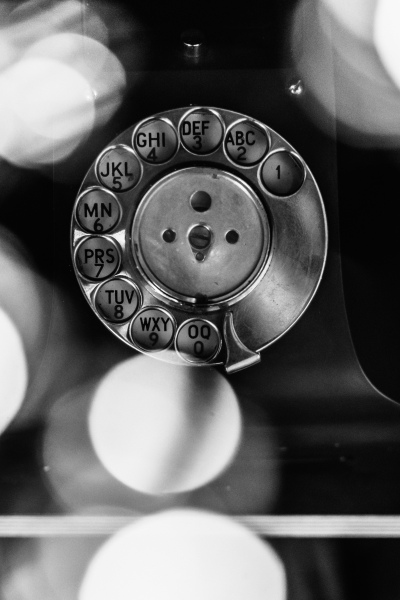 For the third issue the theme was Zone. It was the opportunity for us to share where we were form and the places we where limited to during the last few weeks. Usually I would head into Portsmouth when wanting to showcase the area in which I live but for this I wanted to keep it more local.

I was walking over a pedestrian bridge over the train tracks as the barriers were down. It was my chance to catch the train coming down the tracks. Then another train appeared from around the corner, they converged at the same point. I wanted an image that looked over its surroundings, showing typical houses and other subtle details that could define my local area. 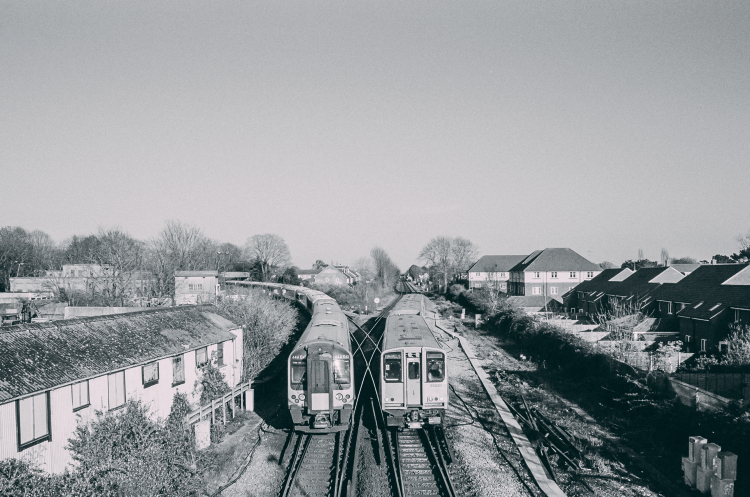 This was my favourite issue so far as I was able to get a glimpse into the lives of the other contributors. It also gave a look into how other places in the world were coping as there were submissions from photographers from around the globe.

The theme for the next issue has been decided and I have already submitted my photograph, this time even including a short text. It is currently in the design process and has no shipping date as of yet. 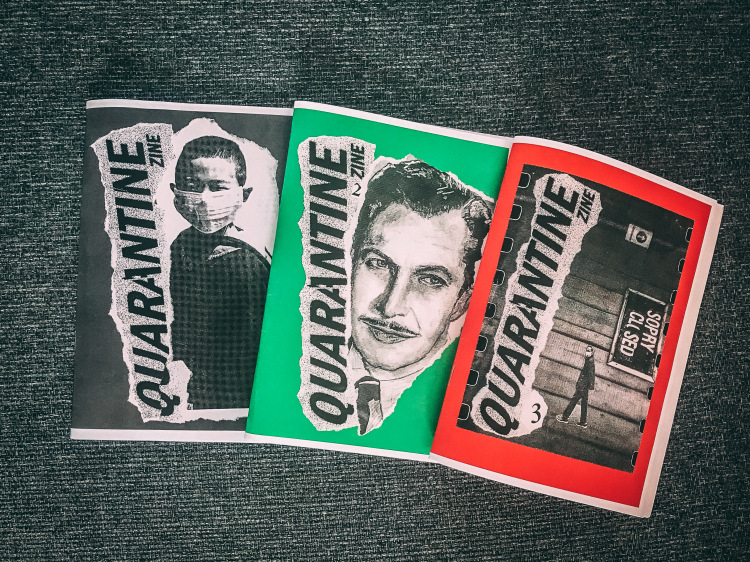 These zines will be a lasting collection of photographs and stories from around the world detailing the lives of its contributors. They are individual and unique just like the circumstances we are currently facing. It’s unclear for how much longer Quarantine will continue. Though in some places restrictions have decreased life still won’t continue as it once did and it would be great to see it documented in this way.

This article was originally published on Tom Benjamin’s website, Our Shadows Will Remain. You can buy Tom’s work, including his lockdown-inspired series Essential, here.

S&C is managed and operated by a small team who work on a voluntary and freelance basis to run our website, social media and engage with local residents and communities. Like all independent news providers in the UK, we’ve been hit hard by the pandemic and are currently seeking funding to survive.

If you want to find out more about the challenges facing local independent news: visit the #SaveIndependentNews campaign website, get involved with S&C, donate, and help us spread the word on Facebook and Twitter. And if you want to know more about us, click here.

Local resident and photographer John Callaway gives us a glimpse into Portsmouth’s hidden places with his stunning photography. This week John returns to Farlington Marshes and muses not on the natural environment, but on the concrete that [… read more ]

Lockdown With My Family in Southsea: Day 37, Back to Home School

Local parent, researcher and writer, Maddie Wallace, continues her daily diary describing the experience first, of self-isolating, and now of being in lockdown with her children in Southsea. It’s day 37, and Maddie negotiates a home-schooling [… read more ]

‘I Have a Family to Provide For’: An Interview With a Migrant Care Worker

Covid-19 Community Reporter, Dianna Djokey, interviews Abel, a local social care worker and migrant, about his experiences as a key worker during the pandemic. Covid-19 has a higher risk of affecting migrants and people of [… read more ]