George Madgwick, Independent candidate for Portsmouth North gives his answers to the five questions recently submitted by S&C readers to all local candidates in the 2019 election.

Q1: What amendments would you make to the Gender Recognition Act to advance the rights of trans and non-binary people in the UK, and what steps will you take to ensure all public bodies serving the area comply with the requirements of the Equality Act 2010 as they relate to single sex exemptions?

The Gender Recognition Act of 2004 has still not been fully implemented. The provisions within the act have caused controversy on both sides of the debate. Of more concern is the long outdated Mental Health act of 1983 which allows indefinite detention, incarceration and forced treatment of citizens on the decision of only two people. There is no legal representation or review and no time limit. It is a sad statistic that half of LGBT people (52 per cent) say they’ve experienced depression in the last year. There are many examples of where the Mental Health Act has been used incorrectly to control Transgender people. Our understanding and treatment of Mental Health has changed dramatically since 1983 and a new act incorporating provisions for transgender and non-binary people is long overdue.

Q2: The Institute for Fiscal Studies recently reported that the worst-off 10% of households have lost 7% of their income since 2019, rising to 18% among families with children. The highest earning 10% have seen their incomes fall by 4%. How will your party ensure that the social security system is fair and compassionate, and that the benefit system lifts families out of poverty – closing the vast disparity of income and wealth in our country? 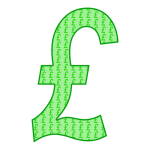 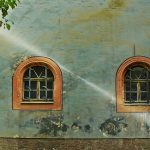 Homelessness is usually related to the cost of rented accommodation, and the stigma and barriers attached to people of no fixed abode with a poor credit record and lack of employment. The answer is to provide safe and low rental accommodation for all those who are homeless.

Much good work has been provided by charities such as Stone Pillow which help those who wish to help themselves. The work of all theses charities should be locally co-ordinated and where possible additionally funded by Government.

Q4: Portsmouth residents have told us they are unable to book a GP appointment within 3 weeks, and are referred to a walk-in service, which one resident described as ‘a stressful experience in itself’. What is your plan to improve and protect the NHS? And how will you improve public health in the city, including with regard to mental health and obesity in the city? 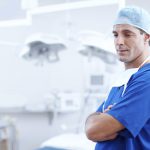 The delay in seeing a GP is well reported and sadly there is no quick fix. Training more doctors takes seven years. I would try to implement more spaces to train more doctors as a matter of urgency.

The NHS has six managers for every nurse. This is a bureaucratic imbalance which needs to addressed and the money saved to fund more front line staff. As a start I would propose the return of matrons to directly manage every ward .

Q5: In terms of both policy and funding, how will you improve support to Portsmouth schools, including meeting the needs of vulnerable children with Special Educational Needs? 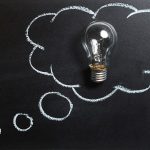 Schools have suffered a gradual decline in funding for many years. It is a disgrace that schools are having to fill their funding gaps by asking parents to supply basic equipment and books to educate their children. I would campaign for increased funding for local schools and provision for those children with special needs.

What do you think of George’s answers? Did it help to make up your mind who to vote for?

Local parent, researcher and writer, Maddie Wallace, continues her daily diary describing the experience of self-isolating with her children in Southsea. It’s Day 15, and Maddie finds inspiration in human kindness at the supermarket, as she [… read more ]

Taking the Back Roads with Martin: A Story of Love, Loss, Travel and Nature

Rose Rayner shares a poignant and vivid memoir about love, loss, travel and the healing power of nature. The first time Martin and I drive together in his car he confounds me by not using [… read more ]

‘Different Communities Have Different Needs’: Supporting Access to Services for All