The 307 Squadron Project, a Polish-British charity, invite you to ‘The Polish D-Day Story’ – a special event taking place in Portsmouth on Saturday 22nd June 2019.

This weekend a special event at the D-Day Story Museum in Portsmouth explores the story of the Polish involvement on D-Day and during the Normandy Campaign.

Polish airmen took part in missions on D-Day and during the Battle of Normandy. Several Polish ships also took part in the naval part of D-Day, and the 1st Polish Armoured Division landed later in the campaign and took part in the fighting around the Falaise Pocket.

The event is organised by the 307 Squadron Project, which aims to promote and research the role of the Polish 307 Squadron, known as the ‘Lwow Eagle Owls’, and features exhibitions and live performances including:

‘The Polish D-Day Story’ runs  from 10:30am to 4.30pm on Saturday 22nd June and the event is included in the admission price to the Museum.

The President of the Republic of Poland, Andrzej Duda, is the patron of this event, which will be attended by attended by many British-Polish VIPs, including representatives of the Polish government, the Polish Embassy in London, the Lord Mayor of Portsmouth and other civic dignitaries. 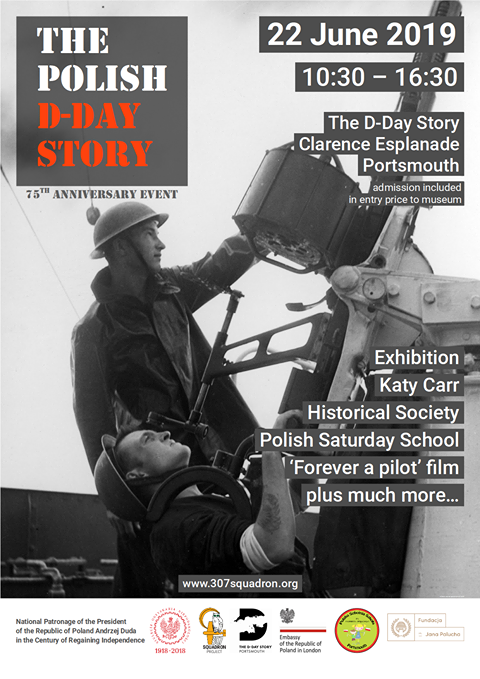 The Strange Case of Léonard and Margaret

Editor and linguist Simon Sykes recounts a thrilling mystery bringing together World War II code-breaking, French poetry and, of course, Portsmouth. Some time ago, I was living in the outlands of southwest France. It was [… read more ]

S&C regular Andrew Larder launches the first in a series of hidden histories exploring Portsmouth’s industrial estates, starting at Airport Industrial Estate, in the north east of the city. In 1979 punk band The Fall [… read more ]

David Bowie: From South London to Heaven, Stopping at Southsea

Giada Nizzoli remembers the impact and influence of pop genius David Bowie, who sadly died today. Whether you’re a long-time fan or were simply thrilled by the lightning bolt crossing his face, whether you own his entire discography or only one [… read more ]