Community reporter Andrew Larder interviews Dr Ahmad Terkawi, whose family was almost killed as they fled from Syria to Greece. Dr Terkawi is also the co-founder of the Organisation for Migrant Safety (previously the Maritime Organisation for Follow Up and Rescue).

One evening in February 2017, I was driving past the Continental Ferry Port in Portsmouth listening to Dr Ahmad Terkawi on Radio Four’s Short Cuts programme. Dr Terkawi’s account of how his family came close to being murdered while travelling to Greece was both terrifying and moving. Portsmouth, like all major ports, faces daily challenges of how to deal with displaced persons, immigrants, asylum seekers and refugees.The images of three year old Alan Kurdi (initially reported as Aylan) who drowned in September 2015, his body washed up on a Turkish beach, were still fresh in my mind.

I wanted to find out more, not just about the long and perilous journey Dr Terkawi made, but about his efforts to become integrated into his new country after the journey was over.

Born in Homs, Syria, Dr Terkawi is a qualified pharmacist. In 2012, the city was under siege and his pharmacy destroyed in a rocket attack. He still does not know if those responsible were pro- or anti- Syrian government. As the fighting intensified Dr Terkawi treated the wounded until word got to him them that he was a target. Fearing for his own safety and that of his family, they had to flee Syria.

For several years, he worked in Jordan for the Qatar Red Crescent, and took on roles within United Nations High Commission for Refugees, Doctors without Borders, Syrian Women’s Association, Syrian Injured Therapy Project and Zaatari Refugee Camp. In 2015, he took his wife and two young children to Turkey and then onto Greece to find a safer life.

The journey to Greece was a traumatic and life-threatening one made in the middle of the night. Having paid smugglers to take them to Greece, the boat stopped in deep waters some distance from the shore. Pitch black and unable to see the beach, Dr Terkawi asked the smugglers to take them closer to land. The smugglers refused and threw his 12-month-old son into the sea, forcing the family to follow. They made it safely to mainland Europe and then headed North. After being imprisoned in Hungary, he spent months dealing with bureaucracy and sleeping in hostels until eventually the family settled in Sweden.

Then in 2016,  Dr Terkawi took a phone call from some refugees in difficulties in the Mediterranean Sea. From Sweden, using only his phone and GPS, Dr Terkawi guided them to safety. Along with other volunteers he founded the Maritime Organisation for Follow Up and Rescue. A secret Facebook page was set up with over 40,000 members, which provided advice 24 hours a day on border regulations, navigation and what to do in the event of a boat engine failure. A good relationship was built up with authorities to assist with rescues. At one point the group was assisting around 500 boats a month.

When Greece and Turkey signed an agreement on migration, the number of refugees reduced but there are still those who need help to reach safety and face challenges when they start a new life. Earlier this month a boat capsized in the Mediterranean off the coast of Tunisia, some 70 people drowned, trying to escape the war in Libya.

At the time of writing, the International Organisation for Migration estimate over 500 persons have died already this year trying to make the crossing.

Fear of change and fear of the ‘outsider’ is often an irrational response to the spread of nationalism, acts of terrorism or economic instability. The ‘threat’ of immigration or refugees is perceived to be much larger than the reality. Sadly these fears can be manipulated by the unscrupulous, exploited by the ambitious and misread by the ill-informed. One way we can try and combat the misconceptions surrounding displaced persons is to listen to their stories and look at how they coped with their individual circumstance.

In 2018, I wrote an article for S&C where I quoted Dr Terkawi when he said, ‘When my children are older, I will teach them there is only one nationality and that is humanity.’ He inspired me to write a short piece of prose for the Journeys International Festival, which was featured in the University of Portsmouth Global Week events.

Having been inspired by Dr Terkawi for so long, I was delighted to speak to him and find out what we can learn from his experiences. 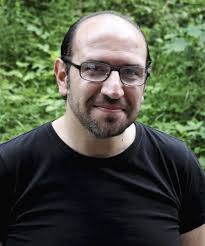 AL: Are you still working with Maritime Organisation for Following-up and Rescue from Sweden?

Dr Terkawi: We thought it more appropriate to change our name to Organisation for Migrant Safety as we now carry out work on land as well as sea.

Is this a commercial company?

How do you think the situation has changed over the past few years?

There has been a big change in Europe. Some people, some political parties have become more resistant to migration.

Are you still using GPS and mobile phones to help guide people across The Mediterranean?

Yes. We are also developing an application for mobile phones. There are major difficulties at present with people crossing from Libya to Italy. The signal is not good. The app will allow people to alert authorities by simply tapping a button, rather than trying to phone or locate internet. They need help immediately.

In the past six months, there has been a rise in the number of people crossing the Channel to the UK from France. On social media the question is often asked, ‘Once they reach mainland Europe, why do refugees travel on further to the UK?’

I think there could be several reasons. They could have family already in the UK, children or relatives who can help support you. If you speak English, you can start work without learning another language. Passports can be a problem. In my case with a Syrian passport, I was limited in my destination to 35 countries. A UK passport gives you access to 173 countries (without a Visa). Finally, you are respected and treated with respect in European countries such as the UK and Sweden.

If I have a problem and call the Police in Sweden, they help me. In Syria, the Police can end up causing a problem. The authorities are generally more helpful.

Do you sense that attitudes have changed in Sweden, have become less welcoming?

There have been problems with immigrants. We say, ‘Wake up, be more respectful to your new country.’ If you do a bad or shameful thing you will not be accepted.

How do you think community relations can be improved?

I am involved in several integration projects. One called ‘Change your place,’ involves getting two persons from different backgrounds to speak to each other. Ask each other questions and record each other’s questions and answers. This helps create empathy, understanding and shows how each person thinks. This will be published by the Swedish government in August 2019.

I help organise football tournaments by recruiting refugees and immigrants for teams to play local clubs. Sport does not need any language, you can play and enjoy the game with your teammates and opposition.

We also have a project providing work for persons with Down’s Syndrome. They are kind and playful, raising money for Swedish people.

We do not want to just take, we want to help countries develop.

What can people in Portsmouth do to help?

Anything. If people say ‘I can do it. I will do it.’ They can step up, others will follow.

What about the future?

Humanity needs a lot of work. We cannot stop or relax.

Star & Crescent, Andrew Larder: What Kind of a City Are We? How Portsmouth Treats Refugees

Star & Crescent, Helen Salsbury: Stronger Together: An Interview with Friends Without Borders, and Part II, Excluded From the Welfare State

By Jon Crout Otto was allocated a bunk in a dormitory, and he only realised how much his aching body needed to rest once he was lying down. As he stretched out, he thought deeply [… read more ]

If there was ever a good time to think about what diversity and inclusion mean in Britain today, the time is now argues Dianna Djokey, as she examines the role of the city’s museums in [… read more ]

Portsmouth University media lecturer Dr Stephen Harper critiques Western reporting on the Syria conflict, which is worryingly reminiscent of the biased coverage of the Bosnian war in the 1990s. At the end of last year, [… read more ]