This Friday (September 11th) a new film is released in UK cinemas which was made in Portsmouth and directed by a local film-maker. Sue Harper, Emeritus Professor of Film History at the University of Portsmouth, reports.

Real concerns two young black people, Jamie and Kyle, who fall in love. They each navigate difficult aspects of their pasts, and the film charts the growth of their friendship as they overcome their problems and build a tender and stable relationship. The film is set in Portsmouth and environs, in locations which many of us will recognise such as the Guildhall and Park Parade in Leigh Park.

Aki Omoshaybi is the film’s writer, director and producer, and he has an impressive CV as an actor. He wrote the TV series Little Faith, which is currently being developed by the production company Me and You. Aki has also directed a short called Split in 2016, which was nominated for awards at several festivals.

In a recent interview with me, Aki talked about growing up in Leigh Park, and gradually realising that a career in film-making was what he wanted. Although he was originally enrolled on a course in computer programming, it was South Downs College’s Media course which helped him to change direction. 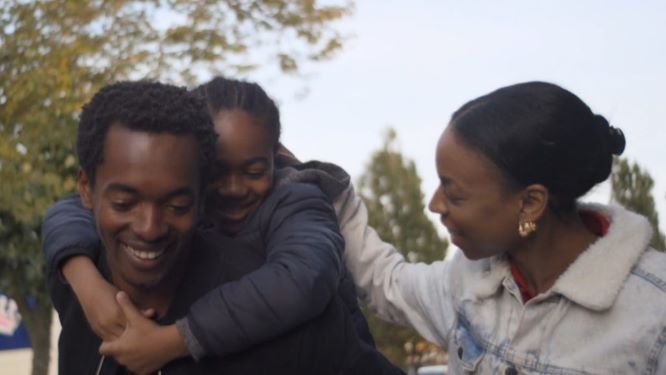 Aki found it a great deal easier to mount a film in Portsmouth than in London, commenting that early viewers were surprised that ‘we had made London look so different!’ He said that our combination of town, sea and countryside made for a very flexible setting, and this was combined with helpful co-operation from business people and local authorities. He felt better equipped to ‘know the aesthetics’ of the area and, although Leigh Park and Portsmouth might be thought of as drab, he wanted to make it look brighter by the shooting style, saying that ‘there’s beauty in everything’ if you set it up right.

Certainly, the visual style of Real is remarkably lyrical and mobile. Using hand-held cameras, the director prefers very long shots and minimal editing. This means, of course, that he had to arrange the set-ups with extra care. Aki told me that long shots were a way of ‘keeping the energy up: you get a lot of nuance in a long shot.’

The aim throughout was to make the audience pay attention, and the long shots were a key aesthetic choice. ‘You have to slowly unravel the nuances of each character,’ he said, ‘and make the audience work, so that they feel engaged.’ It certainly worked for me, in that I felt gradually drawn into the emotional worlds of the protagonists. By the end, I felt fiercely involved in what happened to them.

In both the film’s publicity material and in the interview with me, Aki has insisted that racial politics was not the most important thing about the film. He didn’t want to show black people as victims, but as ordinary people ‘doing their best and trying to get on with it.’ Of course, everyday institutional racism is sketched in, but with with a very light hand. The camera, he suggested, is a character in the film, occasionally impassive, occasionally expressive, endeavouring to make the audience empathise with the protagonists. I’ve not seen anything remotely like it in British cinema, in terms of the visual treatment of black people; it’s innovative and stimulating, and comfortable at the same time. 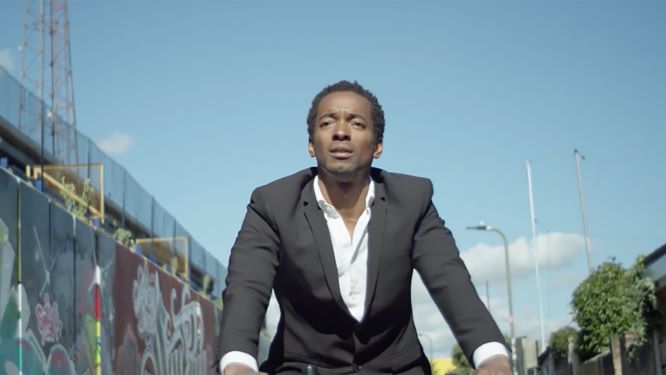 This film had a relatively small budget – £50,000 – which was raised privately, in the current parlous film funding situation. Aki Omoshaybi’s next project is a feature film about homelessness, and, if Real is anything to go by, it should be a remarkable film.

Real is released to selected commercial and virtual cinemas, and online platforms on September 11th. Further information about the film can be found here.

‘I Sleep on the Floor’: Refugee Women and Covid-19

I Needed a Crutch

A recent visit to St Mary’s Hospital opened Gareth Rees’s mind about race, professionalism and the importance of the National Health Service. I needed a crutch. No, I don’t mean religion, or someone to do [… read more ]