Local parent, researcher and writer, Maddie Wallace, continues her daily diary describing the experience first, of self-isolating, and now of being in lockdown with her children in Southsea. It’s Day 44, Maddie has a heart to heart with her youngest son Z about sleeping patterns and home schooling. How will the conversation end?

According to my Fitbit, that was the longest sleep I’ve had in lockdown. My average has been about five or six hours, due to a combination of the cat being an early riser and me falling into some very unhealthy late night phone habits.

What was even weirder was that I overslept and didn’t wake up until 10am. That really is unprecedented. It turned out S was already awake and doing his schoolwork at the dining room table. He’d fed the cat, himself and A and none of them had needed to ask me for anything. It was still the same feeling you get when you’ve overslept for work though; that panic, despair and self-loathing instead of just being able to enjoy the bonus of extra Zzzs.

By the time I sat at my desk, S had finished his work for the day and came to tell me all about how clever he is for getting up and getting it done, and then to ask when I’m going to have a word with Z about his attitude; S doesn’t think it’s fair that he has to get up early but I’m not dragging Z out of bed by his hair. I agreed it was something I needed to address with Z and suggested that as I was behind with work, perhaps he could wake his brother up?

The joy on his face. I did an internal shudder on Z’s behalf.

Their bedroom is directly above my desk and I can confirm that S dug deep into his annoying sounds repertoire. There was some shouting from Z and what sounded like chasing, but as their bedroom isn’t big enough for chase, I think maybe S was dancing.

At 1pm Z appeared looking red eyed and doing his best impersonation of a puppy that’s been left outside all night in the rain.

‘How could you do this to me?’

I downed tools, sensing the perfect opportunity to have the conversation that’s been coming for the past week about sleep routines. I figured it would also benefit me to listen to my own advice.

Z explained that he doesn’t like the way he’s being woken up as it just makes him want to bury himself under the duvet and sleep forever. He voiced precisely how I used to feel as a teenager, even though he’s not thirteen for another six weeks. I explained how circadian rhythms change in the teenage years alongside brain changes that turn us from children into adults.  We decided that if I made him a cup of tea and woke him up gently at 10am, and didn’t let S, A, the dog or the cat get involved, that he might be able to wake up in a better mood and not spend hours hating us all every day.

He said that he wants to get up at 10am and is as worried as I am about him going back to school and needing to adjust his sleep patterns. He agreed that doing more exercise in the day, no screen time after 11pm, and reading or having a bath in the evening are all things he’s prepared to try.

The whole conversation made me realise how mature he’s becoming. Not so long ago he’d have argued and defended his choices without being capable of applying reason and logic. My little boy is growing up.

Having put it off for more than five weeks, the day of reckoning in A’s room finally arrived. Since lockdown started, I’ve been making spontaneous plans that wildly exceed both my energy and my capabilities. I’m going to gut A’s room and move the furniture around, sort out that cupboard in the dining room, re-decorate the kitchen, buy chickens, build decking in the garden, shave my head, and start a revolution from my bed. But it turns out that just keeping the house ticking over when it’s full of children in a semi-permanent state of grazing, and who shed items of clothing and toys wherever they go, is enough most days.

I might still organise a revolution though. Maybe. One day.

A’s bedroom had started to look like one of the houses featured on Channel 5 programmes about people who’ve lived in the same home for forty years and collected thousands of newspapers and a room full of bad taxidermy. Except with A, it’s junk modelling and small plastic creatures from Kinder Eggs. In the first couple of weeks she had an explosion of creativity that involved Sellotaping reems of scrap paper together to cover the whole dining room table. These, I was informed, must never be thrown away. Consequently, one corner of her room was taken up with a haphazard pile of papers and junk modelling made from items she’s pilfered from the recycling. Added to that is her recent penchant for taking her clothes off and lobbing them into the abyss. There was a small spot of carpet still visible near the door, but the rest was chaos and disorder.

It’s not easy to persuade a five year old to part with their precious things. 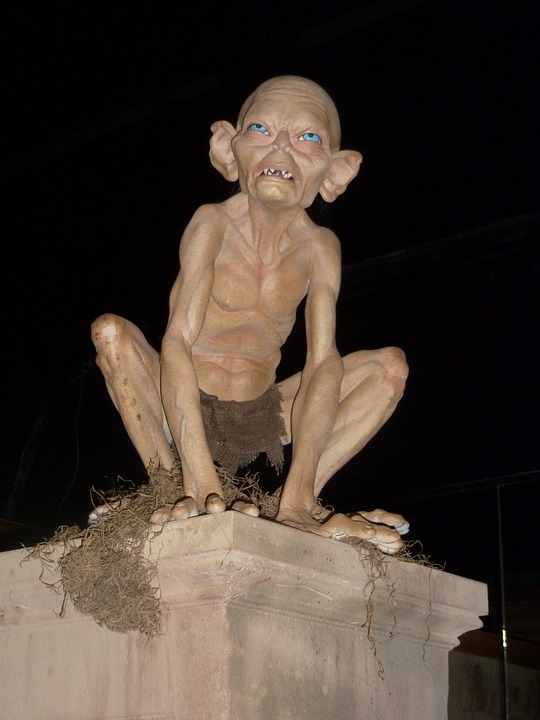 I threw a lot of stuff in the outside recycling bin while her back was turned. Every time I tried to do anything, I had to step over her lying on the floor playing with a favourite thing I’d just put in the charity bag, but she’d retrieved claiming it was her most treasured possession. I’d then have to avoid the dog, who was sulking in the doorway like an immovable rock of despair because of the rain, and at one point had to remove the drawers under A’s bed to retrieve that idiot of a cat.

But we did it, (by we, I obviously mean me), and it looks lovely, for now. I’ve moved the furniture so there’s more floor space for her imaginary dragons to play. A isn’t great with change, so there was a moment of tearfulness and lying on the newly vacuumed carpet wailing about liking things when they’re messy, but it didn’t last long.

‘Just look how much space you have to roll around in now,’ I said.

She sat up. ‘Yes, it’s much better. I like being able to roll around when I’m crying.’

Great, well that’s perfect then. Everyone’s happy. Sort of. In their own little way.

Image by Cladio_Scott from Pixabay.

Gollum Image by Vlynn from Pixabay.

Something for the Weekend: The Struggle (to Lose Weight) Is Real

This week Ian Morris celebrates his return to the gym as local facilities re-open, and muses on his experience of trying to lose weight as the government launches ‘Better Health’, a new obesity strategy. The [… read more ]

Covid Lockdown in the Philippines: A Glitch in the Matrix

Pandemic Reveals the Epidemic of Male Violence Against Women

CEO of charity Aurora New Dawn, Shonagh Dillon, writes about the implications of the Covid-19 pandemic for victims of domestic abuse and asks: what will happen to the workers of the sector once the pandemic [… read more ]